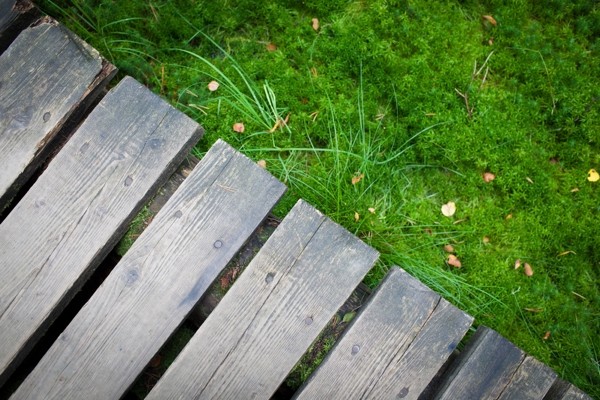 Fighting Moss on your Garden Turf

Moss can be a lawn-ruiner if it appears in your garden, but some careful planning and care can remove it and prevent it from returning if you are vigilant.

Moss is caused by many things, it could be overuse or it the garden is new, the foundations of the garden could be poor. This could mean that the lawn turf has poor drainage or has been mowed to close. Waterlogging, shady areas and sparse coverage of turf in your garden can also encourage moss to grow and spoil the image of a pristine lawn that you worked so hard to achieve.

Luckily the moss is relatively easy to get rid of and can be removed with some TLC and few chemicals.

If you don't want to use chemicals on your lawn turf then there are ways to get rid of moss manually, although these generally take more effort. One of the most popular methods is scarification, which is where you vigorously rake the lawn to remove the moss. This will take a lot of turf to but should successfully remove the moss from the lawn. This method is best used in spring when the moss is still growing and will be easily removable or in autumn when the moss os dying and is weak. If you have a large lawn then it is possible to hire a scarifier to take the hard work out of the equation.

The chemical way is the easiest way of destroying moss and will also bring little to no harm to the rest of your lawn turf. There are products available that target the moss exclusively, turning it black over the space of a few days or weeks until it can be raked out with ease to leave your turf looking great again.

It is worth considering the possible reasons for the moss before committing to choose a chemical treatment. Choosing a treatment that has fertilising properties will be beneficial to helping your garden turf thrive if the moss could have been caused by lack of vigour.

Always read the instructions thoroughly on the pack of the mosskiller as different kinds require different techniques. Some require watering after a number of hours and some require many treatments over a short period of time to be fully successful.